Change the energy, change the behaviour.

We often talk about stress buckets (arousal thresholds) and emptying them while doing our consults and training, trying to remove sources of stress by management or by desensitisation and counter conditioning, but sometimes a place can be just as much of a bucket filler as any physical trigger. Just the thought of going to certain places can mean your dog's bucket is overflowing before you even leave the house, and dogs often can't behave in ways we deem appropriate when they are way over their threshold or their bucket is full. 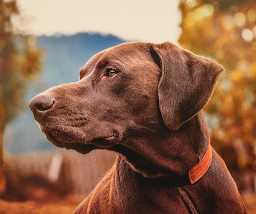 Behaviour can be very strongly influenced by mere habit  and what you practice, you get good at. If you are always finding your dog is too highly aroused to think straight in a certain place, you should think about changing the associations your dog has with that place.

This is more simple than you would think.
A building generally has walls, a roof, and a floor, as a bare minimum. The building might be a disco, or it might be a phone shop, or a library, or anything else. But before it is all of those things, it is just a building.
The things that change it from a building into a disco, or a library, are the energy, equipment and routines  you put into the building. The dancing you do to the pounding speakers blasting away the latest "choons", or the reading quietly in the comfy armchairs by the windows. The things that you practice doing determine the overall "feel" of the place, and so when you next come to that disco you are more likely to dance, because that is what you do at discos. When you go to a library, you are much less likely to dance, but more likely to be calm and in the mood to be sensible and read. Why? Because that is what you do in libraries. 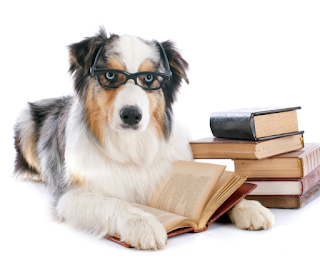 The building doesn't change. It is still a building. The place you go with your dog doesn't change. It is still a place you like to take your dog. However, the idea and routine of what you get up to in the building can change.
The behaviour your dog exhibits in that highly arousing place can change. They just need to learn a new way of being in that place. A new way of feeling that "this is what we do here".
Think of all those discos that shut down (probably sometime back in the 80's when people still said "disco") and are now phone shops. Do people dance in phone shops? Not very often. They need to concentrate on what the latest gadget does before they spend lots of money on it. This is possible because they now have a new associative behaviour in that building.
So if you want your dog to be better able to think in some situations, you need to be turning exciting places - discos - into calm places like libraries or phone shops.
How? By changing the energy. By replacing high arousal activities with calmer ones and then practicing the new way of being in that place. HINT - You might need to swap high arousal for mid-arousal activities at first, before swapping down to low arousal activities, so your dog is better able to process the changes going on in his environment.
So for example, take a dog that goes crazy for the ball slinger, and is hopping about like a bunny rabbit, mad with excitement, rushing out the door, barking and being an absolute oik every time you get to the park... But you have just learned that the repetitive running back and forth is not very good for the dog, and you would much rather be able to go for a "nice" walk, but now the dog can no longer seem to go within 20 miles of the park without turning into the Tasmanian bloody Devil...
You might want/need to wind their energy levels down gradually over a few visits at the park, from using the ball slinger less and to throwing the ball manually instead. Then after a few sessions start to only throw the ball a few times and begin to play a few concept training games once they are in a headspace where they can concentrate. Then after a few more sessions, wind down further to a few concept training games plus perhaps calmly scatterfeeding their tea and allowing them a long sniffy meander through the undergrowth finding it all.
The dog will not feel like they are missing out, after all they get to play games and have a sniffy picnic at their favourite place, however they are no longer hyped up to the point they are unable to think straight or performing an action that could see them get an injury. You and they can have the walk of your dreams, or at least begin to work on the pulling, barking and your recall, with a dog who is more able to be receptive to your teaching.
You have turned the disco into a library. Albeit a slightly more lively than average library. With kibble in the pot plants. But a library where learning can take place nonetheless. 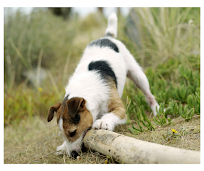