Yesterday I did some more exploring. I went to visit a new vet, and she said I was perfect (even though I peed on her floor. The vet called it a "worry wee" and said many pups do this). I of course already know that I am perfect because my new Mum keeps telling me so. I was very good and got my parasite controls while I was there. I went on the scale and did a really good "sit", and I weigh 10.2kg.
I also went to visit one of my new Nannies. This Nanny is my Mum's Mum and she has a dog called Harlow. Harlow is a bit big for me to meet right now, but I had fun meeting Nanny, watching cars and saying hello to the people who walked past her front garden where we were sitting. My mum let a few people meet me, and we let a lot of people just walk straight past. Mum doesn't want me thinking it is OK to run up to just everyone and anyone as not all people like dogs. Weirdos.
Nanny let me come to her rather than looming over me - dogs don't like it when people do that, and I quickly realised she was kind and friendly and that I could relax. I didn't even do a worry wee, which amazed my Mum.
Then, I had my first nibble on a raw bone. Mum only let me have it for a couple of minutes as she said I have a very tiny tummy and we do not want "bone injuries". I disagree - I think bone injuries would be well worth it as the bone was delicious. A meaty lamb rib. But Mum said only a tiny nibble for puppies and then swapped it for some sprats. She said I could have some more in a few days if my tummy stays OK. I like my new foods a LOT! I tried peanut butter too and really like licking it off things. Almost as yummy as slugs.
Then, in the evening, Mum and Aedan went off to football. They don't play with the ball though - they have to watch someone else do it. I would be really good at football. I have one in the garden and it only has a few teeth marks in it. I stayed with my brother Moo and with Ellie-Mai. 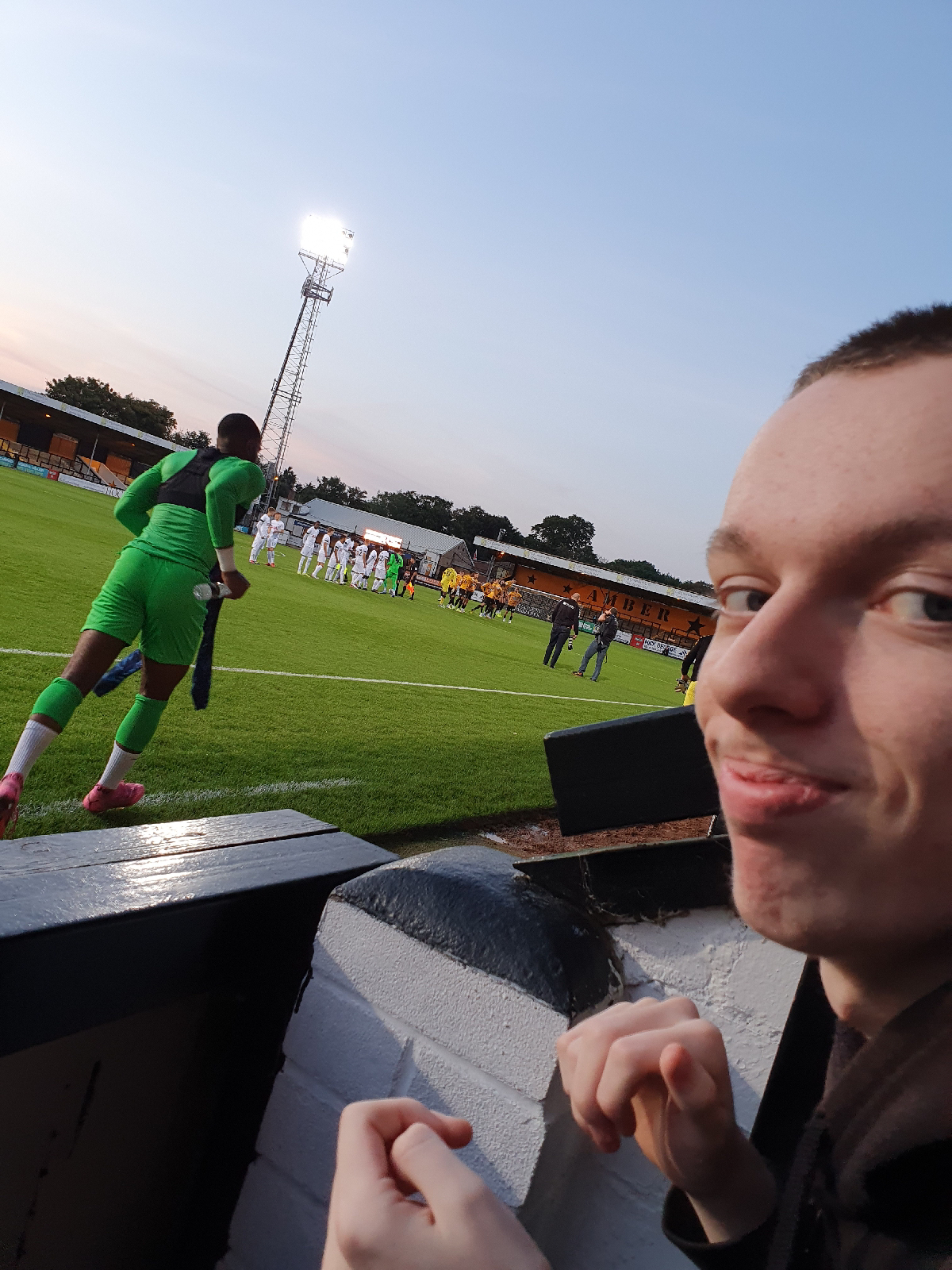 Ellie-Mai says Moo is an angel and I am a little monkey. I disagree. I think Moo is a wussy and I am a fearsome beast. It is not my fault that I want to play lots. Or chew lots. Moo wee'd on my head in the garden. Angels don't wee on heads. But he did let me lay next to him for a sleep without walking away, and he is fun when he wants to play. We even sit next to each other to get treats nicely now. He let's me play with his toys too, though Mum said I have to leave his favourites - a pheasant and a duck - alone. I like him, he is a cool brother. 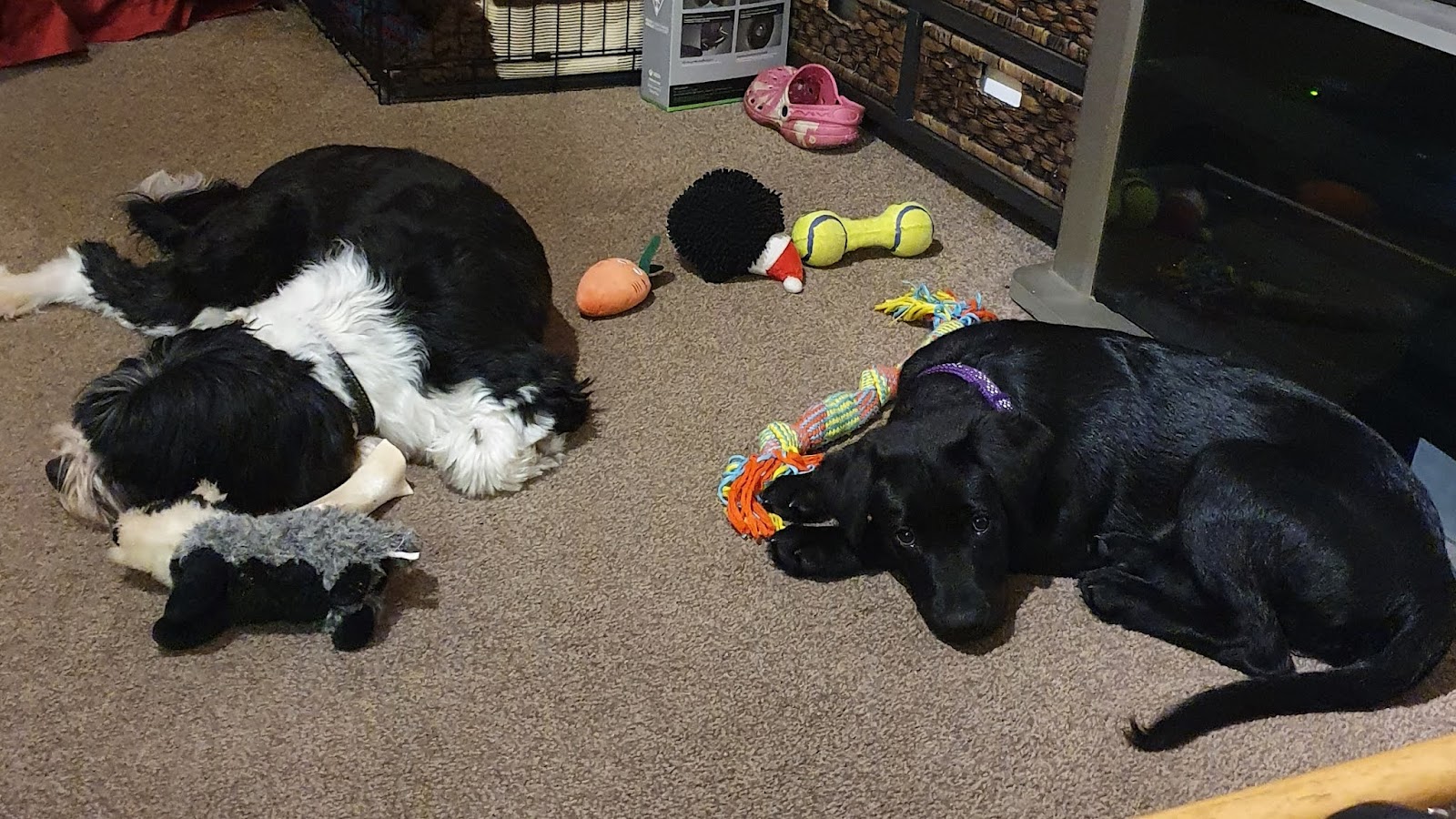 I also did no wees in the house! And I slept from 12 until nearly 8, and only cried for about 2 minutes and only woke up for a wee once!
Posted by Freya Locke at 1:53 AM