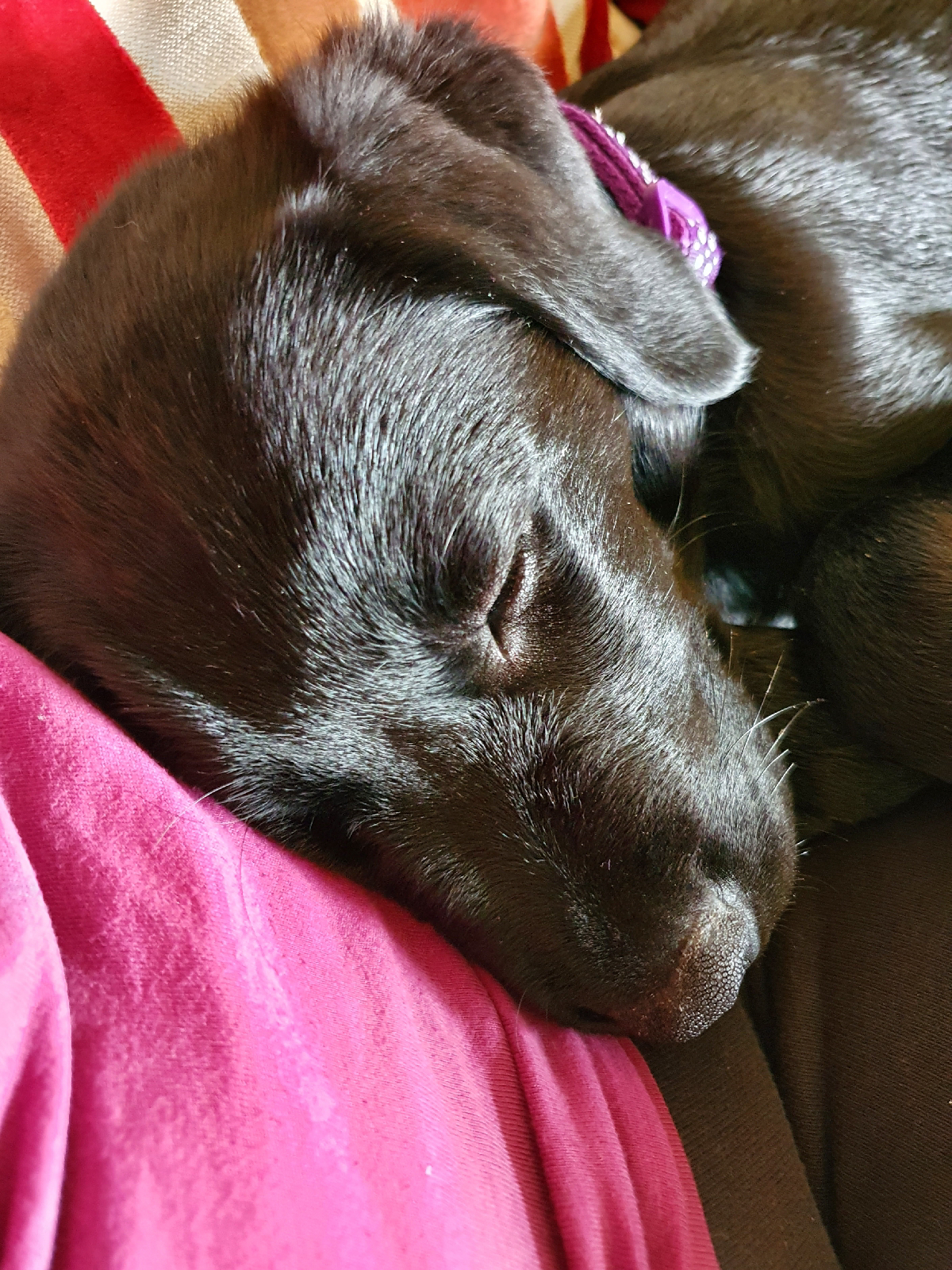 It is day 2 with my new family, and today I am very sleepy. I think yesterday was such a big day that I wore myself right out!
I was very good though and slept in a fabric crate last night with a nice warm bed and brand new blankets in it, next to the sofa. Mum and Moo slept on the sofa and Mum put her hand in the crate so I could cuddle it and feel less lonely. Mum said I had to go in there as I keep eating things I shouldn't. When I am bigger I will be allowed to choose where I want to sleep. I only cried twice and let Mum sleep for at least six hours in total. I didn't even wee in the night, only when Mum woke up and let me out at about 3am. Even Moo was impressed.
I am keeping a very careful ear on what the humans are doing, even while sleeping, as I notice they keep bringing snacks from the place they call "kitchen". I like snacks. I especially like their snacks. I also like Moo's snacks but I am not allowed them. My humans let me try a little bit of raw meat too... OK I nicked it... but sharing is caring, right?
We have other humans here too. A man who is over the fence. Moo barks at him, but I think he seems very nice and gave him my best wag. Sometimes I can hear even more humans out of the window. I wonder if they are nice. Mum says she will socialise me - I think this means I get to go and look at things, including people, so that I know they won't be scary.
I am not allowed to jump on Moo. Especially not while he is trying to sleep. He told me off earlier and Mum said we had to have "time out" so that we could calm down again. She then took Moo on a walk by himself to give him a rest from me! I just want to play with him. Mum says that I am used to having a big litter to play with and he is used to just playing on his own with Mum, so he will need to get used to me, and I will need to get used to him. But... he does now give me sniffs and even tries to play in the garden... and has not been cross with me for hours. He likes me better when we are in the garden as there is lots more space for us than indoors. He also stopped pacing about and is sleeping and calm now, even being a bit waggly and happy, so I guess his walk helped. Mum says we can go to the park later and he will enjoy that as it's his favourite place. I better not tell him it was me who nicked his breakfast. 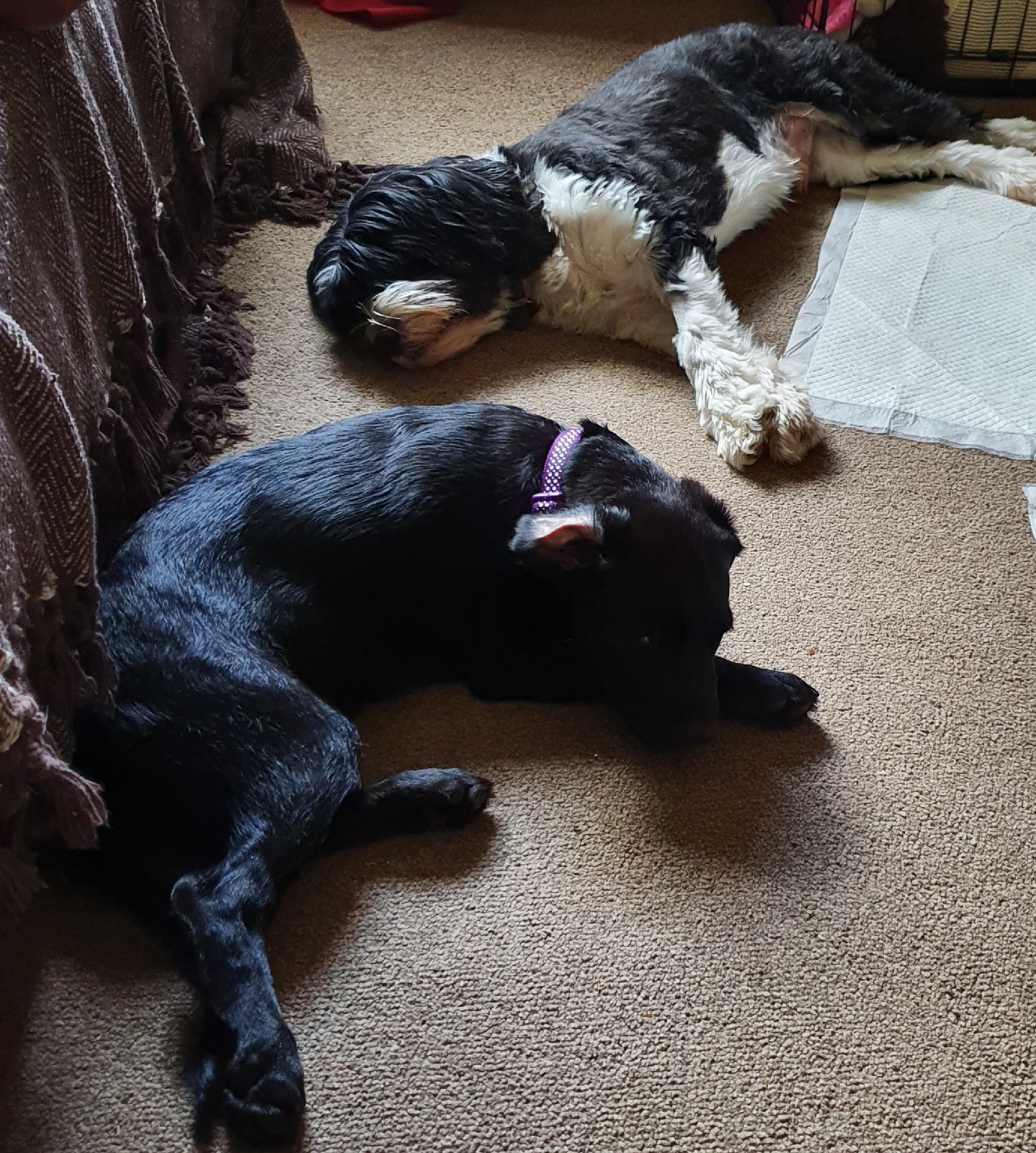